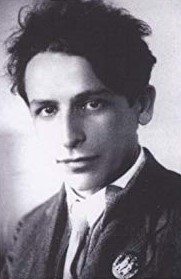 "Golubev's Piano Quintet, Op. 20, was completed in 1938 and first performed at a session of the Moscow Conservatory Scientific Council in the spring of 1941 by Abram Dyakov and the Komitas String Quartet. Its first public performance, however, took place in Yerevan in 1945, where the composer played the piano part with the same quartet. Golubev's Piano Quintet, the first work in this form by a Soviet composer, has stood the test of time and is a staple item of the repertory.

"A unifying idea runs through the five movements of the Quintet. The brief driving introduction to the first movement seems to be continued in the Finale, Allegro con brio. The piano accompaniment of the secondary subject from the first movement (E major) becomes transformed and plays an important part in the development of the main subject (F-sharp minor) in the second movement, which differs in character, key, mode, and motion. Broad, songful, yet tense as a compressed spring, the main theme of the second movement clashes with another theme (first making its appearance in the piano part, reference number 8). This theme, in turn, reappears in the fourth movement, Andante. Maestoso e mesto, ref. number 3, where the main theme, first stated by the solo cello, reaches a tragic climax in the tutti (appassionato, B minor). For the last time it is heard in the muted strings, piano, at the beginning of the Finale, descending, shadow-like, to meet the mounting pizzicato. The third movement, a brilliant scherzo in waltz tempo, presents a vivid contrast to its neighbors, the second and fourth movements. In its impetuous development the main theme of the Finale, sprightly and vigorous, gives rise to a number of new quick-paced themes and episodes, alternating in a form resembling a rondo-sonata. The Coda, Maestoso, is based on the augmented main theme of the Finale. Thanks to its slower tempo and transparent, "melting" harmonics, it impresses the listener as a lucid and tranquil epilogue."

Sergei Aslamazyan, professor
People's Artist of the Armenian SSR
From the introduction to the score of the Piano Quintet